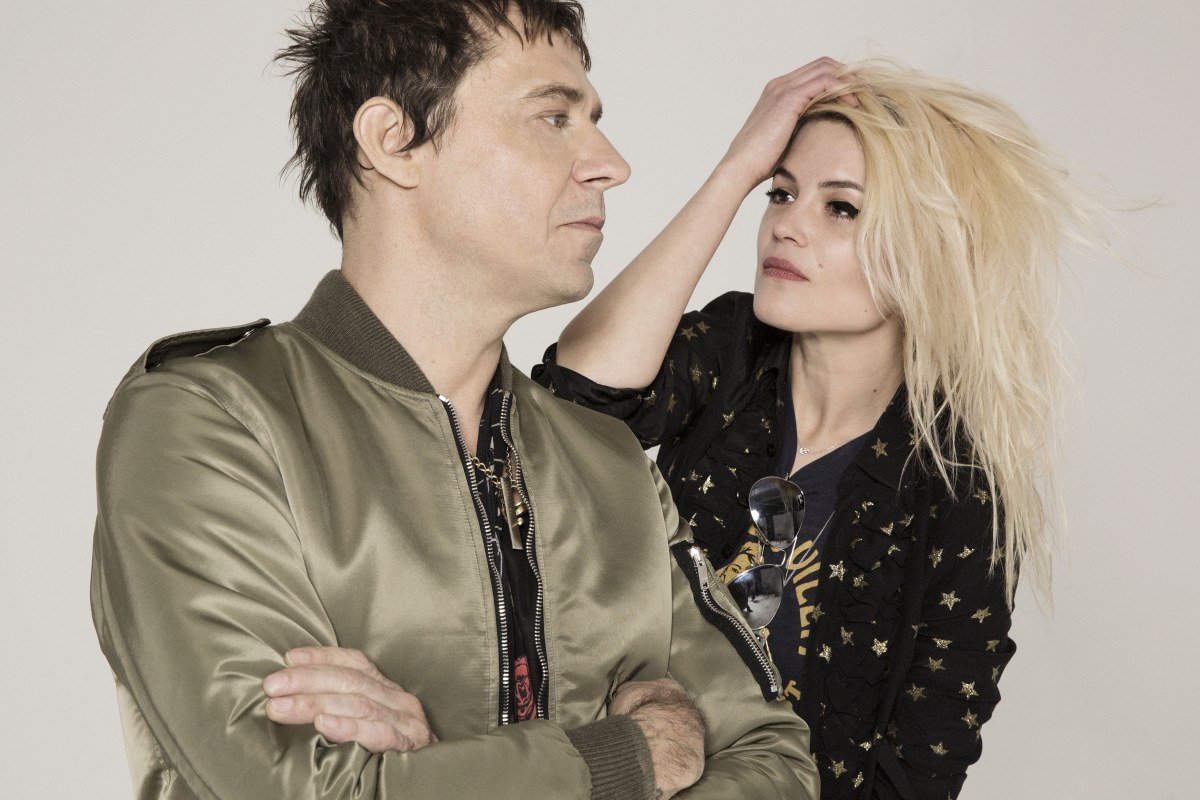 In the early 1960s, Andy Worhol’s studio in New York was a community of artists, poets, musicians and hipsters. A loose collective of creative minds, brought together by their shared disdain for the bourgeois ethic. Or so we are told. Personally, I never saw Warhol’s factory, and never experienced any kind of 60s distain first hand. It is unlikely that Allison Mosshart or James Hince did so either, but in the guise of their alter egos ‘VV’ and ‘Hotel’, they are trying to invoke everything that was great about the Factory. Although they are by no means the only band around who are creating music in the context of a wider artistic base, they are one of the few who make truly good noise.

This interview was given under the influence of jetlag and foul moods.

You seem more grounded than a lot of other bands. How do you stay sane?
VV: I don’t know. I think playing is a real relief. It sorts out a lot of things. I think I would go insane if I didn’t get to play as much as I do.
Hotel: It’s a natural thing, we’ve been living on the road for so long. Since we started The Kills, I don’t really remember a time when we weren’t playing or preparing or recording.

Can you tell me a but about the artwork for the new album?
VV: He and I are constantly doing artwork all the time, collecting images and taking photos and then making collages and scrapbooks out of them, so the artwork kind of comes from out art. I guess there is a deeper thing behind it because it is a collection of images from around the time that we were writing the record.

You’re also into film, I’ve heard.
Hotel: Well, for the first ever tour we did, we booked it all ourselves. At that time we didn’t have a manager or a booker or a label. We went to America for 3 months and toured in a car, just organising all the gigs ourselves. We were quite obsessed about documenting it all. We didn’t really think anyone was going to care about us when we first started, so we felt it was important to document it as proof that we actually did it. So we filmed the whole tour…everything, everywhere we went, and we amassed a huge library of footage. We were only going to make a short 15 minute film, but it ended up being over an hour long film of pretty much the whole tour, which lasted about a year. It was called ‘I hate the way you love’ and it was free with the record.
VV: It was really random, sometimes they gave the film away with the record sometimes not.

Do you see this film interest evolving in the future?
Hotel: We had this dream when we started, we were quite inspired by the NY art scene from the late 1960s. We’re massive Velvet Underground fans. What we loved was that you can’t read a book about the Velvet Unerground without reading about all the art and literature on the periphery, like Warhol and Ginsberg. It was this whole creative scene, not just a band on stage and putting out records. It was a whole art scene. We were really inspired by that factory idea. We have finally moved into an art space in London, and we have big plans for that. We’re going to have movies shown there. It’s called Red Meat Heart, and it’s in North London.

Who is the dominating force in the band, or is it a symbiosis?
Hotel: Well it’s kind of two halves. I think most relationships are complex. It’s an artistic relationship. We met to do some art. From the first day we met we decided to make our lives into a band, so that’s all we’ve known.

Where do you see your art going in the future?
Well we have a book coming out next year, and it’s just a collection of all our writings and artworks from living on the road. We plan on having a Polaroid exhibition at the art space, but there is still a lot of work to do on that.

So in a way, it is a performance art piece?
No, because performance art has too many vile connotations. We perform, and I feel like I’m an artist, but I don’t want it described in those terms. We’re trying to make an impact. As idealistic or as overblown or as that sounds, we’re trying to make a cultural impact. Not because we feel special, not because we feel we have something incredible that other bands don’t have, but because the bands that inspired us made a cultural impact, even though they didn’t appeal to the masses. The often operated on a small scale, and on the people that heard them, they made a significant cultural impact. Bands like Suicide, Cabaret Voltaire, Velvet Underground, Joy Division, Wire, Fugazi. The list goes on.