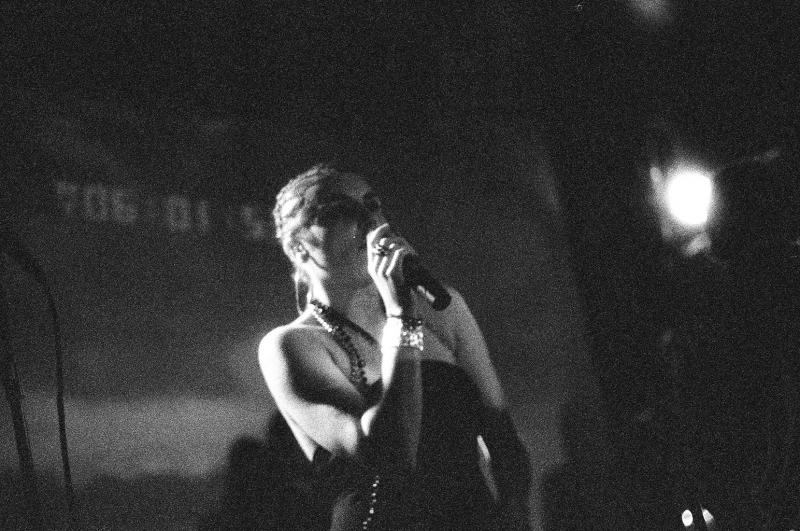 Whilst on my travels around London’s music scene I took the opportunity of catching up with PMO from Crack Village who have just released their debut album, ‘Children of the Wrong God’.

Crack Village are a hip-hop trio from the outskirts of London and write twisted rhyme on life in England in 2005. Their debut album has received critical acclaim and they are truly one of the most exciting live hip hop acts around. They have been playing the live music scene in London and the UK for about three years now and as such are veterans of the London hip-hop scene. Their press release sounds like someone on crack has indeed written it:

“While their alter-egos were sleeping, Crack Village have:

Shared the silver screen with Bob Hoskins and Michael Caine, been named and shamed in Private Eye, eye-witnessed 9/11, worked as a BBC political researcher, run an underground indie/punk label, represented England at gymnastics, shaken hands with King Mswati III of Swaziland, worked as a Levi’s model, run a computer games shop in France, dated a rock star, appeared on Channel 4 as the entire French army at the Battle of Agincourt, drank absinthe with Peter O’Toole, slept rough at the Eden Project, meditated in a Bhuddist monastery, been a junior chess champion, interviewed the Wu Tang Clan, organised free parties and stared in The Bill.”

I have it on good authority that all of this is indeed true. They are definitely not your average UK hip hop band.

Hello – We are Crack Village: Baby Bo (vox), Kool Kid Fresh and PMO (both MCs and producers). We make rap songs about anything there are words for. Some of them you can dance to, some of them you can bang your head to, and some of them would make perfect lullabies for disturbed children. We do gigs that often descend into freestyle chaos before regrouping into near-religious exaltation. By the way, we very rarely use samples.

What does the title of your album mean? Are you a child of the wrong god?

Someone has got to be following the wrong god! It is probably us.

Did you find the album particularly hard to record? Was it a bedroom-recording type affair, a la The Streets or studio sessions?

Strictly speaking it was a living room recording type affair. Part of the reason we do what we do is that it means we can turn a song around pretty quickly. That gives us the opportunity to flip styles, record improvised songs on a whim, and generally experiment with our recording more than a band with lots of instruments to carry around. We had about a million beats to choose from, about thirty of which we had turned into comprehensible songs. We cut that down to 12 for the album – rap albums are always too long.

Your album has a very ‘English’ feel about it, with some very English drum and bass going on. Do you think that this helps you to stand out?

The way we rap / sing / make beats has been influenced in part by stuff like drum and bass, perhaps garage and grime as well, but those are just a few influences among many thousands of others. We don’t try to make particularly English music – after all, what the English are best at is co-opting other countries’ culture.

Are you happy with the record, is there anything else that you would have liked to have done with it?

Considering we had a budget of £0, we did very well. Obviously, replacing all the synths with an 80 piece orchestra would have been fun, but, um, I’m not sure we’d have known what to do with them.

Are you afraid of being portrayed as some kind of GLC-esque group? Some of your lyrics do have a very distinguished comic value.

I can understand the comparison to GLC – most rappers take themselves desperately seriously so it’s a novelty to hear MCs with a little self awareness.

Unlike picking up a guitar or singing, there is a perceived barrier to rapping where you’ve got to be a hard man or come from an underprivileged background to be allowed to do it. I think the boys from GLC, like us, used their sense of humour to get around that and say – “Yeah, you can take the piss out of me for doing this, but I don’t give a shit.”

Where we differ though is that GLC are a character act – like Alan Partridge or something. Some of our raps might be funny, and you can take our name as a joke, but that doesn’t mean our whole act is a joke. I think GLC do what they do well, but we’ve got ideas about production, and ideas about less humorous topics, and if your whole act is 100% piss take its difficult to have those ideas taken seriously.

You are middle class white boys (and a girl) from London’s suburbia, the breeding ground of many a guitar-toting rock band. How do you think that growing up in this environment has inspired you?

Baby Bo might stab you if you call her middle class, but it’s true of me and KKF.

I think precisely where we live and grew up – namely London – has had a massive influence on us. Whereas in the proper suburbs (like Orpington, perhaps) you can live in a little rock’n’roll bubble like its 1973, but in London – especially the south – hip-hop, reggae, drum’n’bass and garage are inescapable, so when you are a kid exploring the radio or the record shops, its perhaps not as frightening as some of our peers from deepest suburbia might have found it. Obviously, hip-hop is massive in the suburbs now, but I’m talking about during our formative years.

What do you think about the state of UK hip hop? Why haven’t more English rap-bands had mainstream success?

UK hip-hop is in fine form, as long as you’re prepared to accept that grime is the UK’s most exciting style of hip-hop. As soon as producers and MCs joined all the influences that are in and around the UK together, then it started to get good. Before, UK hip-hoppers were trying to achieve a credibility defined by New York and LA, which was never going to work.

Why do you think that certain European countries, such as France or Germany, have a massive domestic hip-hop scene (in a commercially successful sense) and the UK doesn’t?

That’s an easy one – they’ve got their own language. Even aside from the government’s intervention, if a French kid wants to hear a rap he completely understands, he’ll need a French rapper – therefore there’s a market for them. Same in Germany, or anywhere else in Europe. Kids in the UK, though, can make do with US imports and, after all, they are the originators so they carry more credibility than our own rappers.

It’s the same as in film. Of course France has got a healthier film industry than we do – French people want to see films in French and the only ones who will make them are themselves.

What do you think about the ‘bling-hoe-gangster’ element to commercial rap. Isn’t the joke wearing a bit thin now?

I think its more insidious than a joke. But looking at them separately: the bling thing was always naff but funny – that was just fashion; calling women hoes is not good; pretending to be a gangster to sell records is more than a little irresponsible.

If Jay-Z and 50 Cent were in a bare-knuckle fight – who would win?

Fist fight? Possibly 50 Cent – he looks kind of tough and Jay-Z is not as young as he was. Rapping though – Jay-Z would absolutely murder 50.

Why did Puff Daddy ruin the Led Zeppelin song for “Godzilla?”

Why? Because he could afford to do it and make lots of money from it.

That is surely the worst rap song ever.

The media used to be run by high-minded types who wanted to educate the public, maintain a high tone in public life and protect the private lives of politicians and celebrities alike. Sometime between 1960 and 2000 this changed forever. The reverence of the past died with the people who protected it. The new media barons (Murdoch, Desmond, etc) had one rule ‘Give the people what they want’.

It seems that the people wanted scandal. Politicians came under attack in a way they never had before and stopped debating policy seriously. The age of the soundbyte and tight media control was born. A young man called Tony Blair steered the Labour Party so far to the right that there was little debate to be had between the two big parties. In short, Politics was boring. Nobody said anything.

Editors had to fill their papers with copy and that copy had to sell papers. “Cocaine Kate’s New Shame” is more interesting than a minor new policy announcement on Foundation Hospitals. The people got what they wanted.

Life in Britain in 2005 is not something to attack. It’s better here now than most places and most times in history.

Who is the greatest lyricist ever?

Non-committal answer: My favourites include Ghostface Killah of the Wu, Priest of APC/Airborn Audio and David Berman of the Silver Jews.

Your desert island disc question – what one album would you take with you?

Will you ever be on Jools Holland? Some of your songs would sound great with boogie-woogie piano from Jools.

I wouldn’t mind being on the program, but we’d do it like The Fall – put a ‘strictly no boogie-woogie’ clause in our contract.

Who would win in a ‘twat-off’ between Jamie Cullum and Jools Holland?

That’s tough. I have more time for Holland simply because he was in Squeeze. I tell you what I’d like to see though – a televised fight between Jamie Cullum and Pete Doherty. Obviously Cullum’s got the advantage of a relatively healthy body on his side, but you can see Doherty going absolutely mental and gauging The Jazz-Gnome’s eyes out. Everyone’s a winner either way.

Two-live Crew is my favourite rap group – Am I stupid or perverted?

Both, but also righteous.